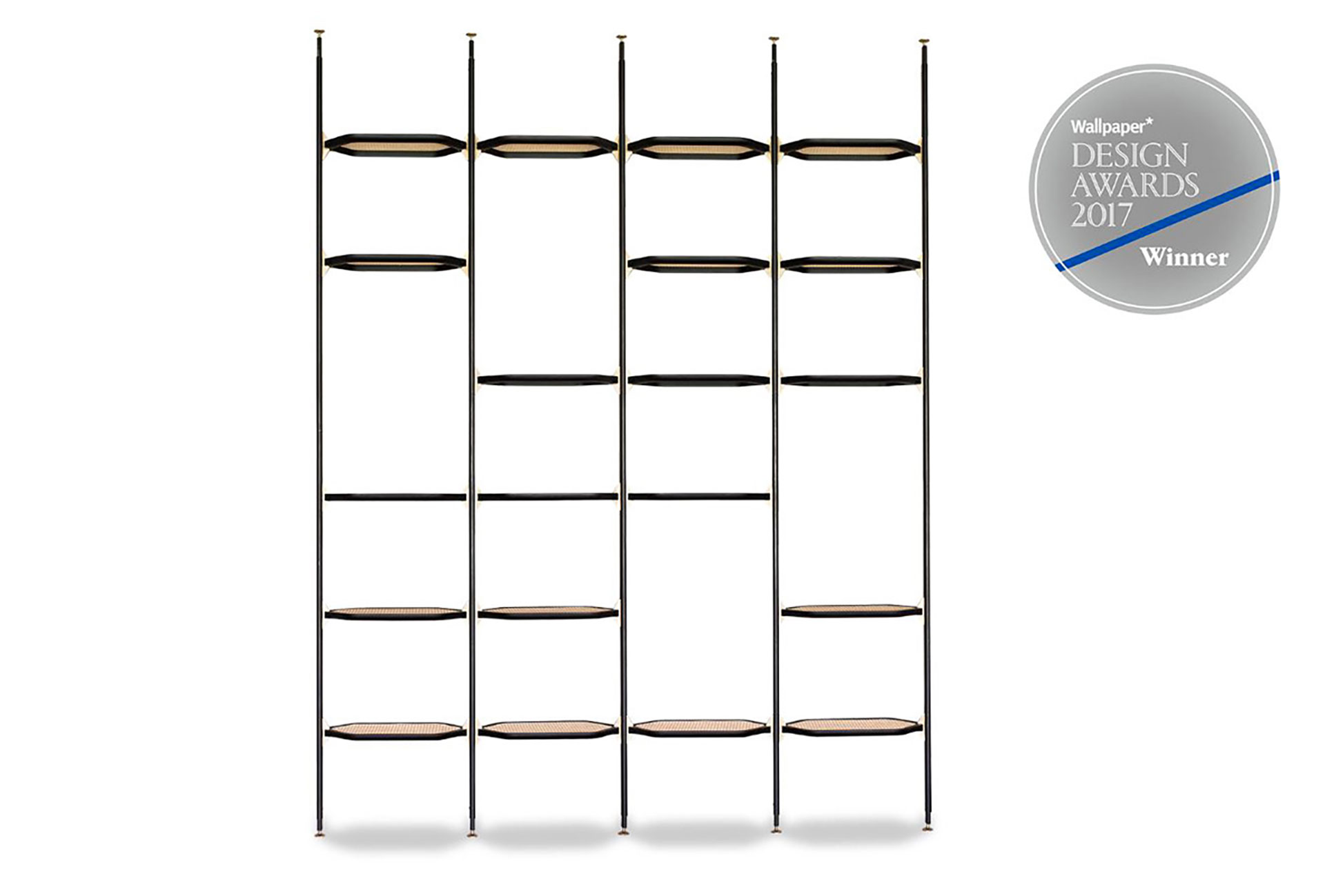 AND THE WINNER IS (AGAIN)… LIBELLE BOOKCASE!

It’s already a style icon. And it has already won, for three consecutive years, an award. Not a whatsoever award, but the prestigious Wallpaper* Design Award for the Best Entrance category. It’s Pietro Russo’s Libelle bookcase we are talking about. It’s not by chance that an item becomes an icon; the Libelle bookcase is the synthesis of one of Baxter’s research topics for 2016, where modularity becomes the expression of the space rationalization. A geometrical bookcase which makes space up through independent shelves and height-adjustable uprights, allowing the separation of rooms through lightness.
The Wallpaper* Design Award is the annual prize that the International Magazine Wallpaper*, a landmark since 1996 for the fields of architecture, design, fashion, lifestyle and travelling, gives to people, places and projects destined to become a worldwide trend.